Click here for updates on our Covid Health & Safety Procedures

To earn a Toyota GR (Gazoo Racing) badge, a vehicle must undergo a punishing regime of track testing to ensure it delivers a dynamic, emotionally-charged drive. Enter the 2022 GR 86, the latest to make the grade. Featuring more power than the original 86, along with enhanced handling, exceptional aerodynamics, and an upgraded interior, the GR 86 will be available in two dynamic grades – GR 86 and GR 86 Premium. Track-ready performance designed to elevate your daily drive 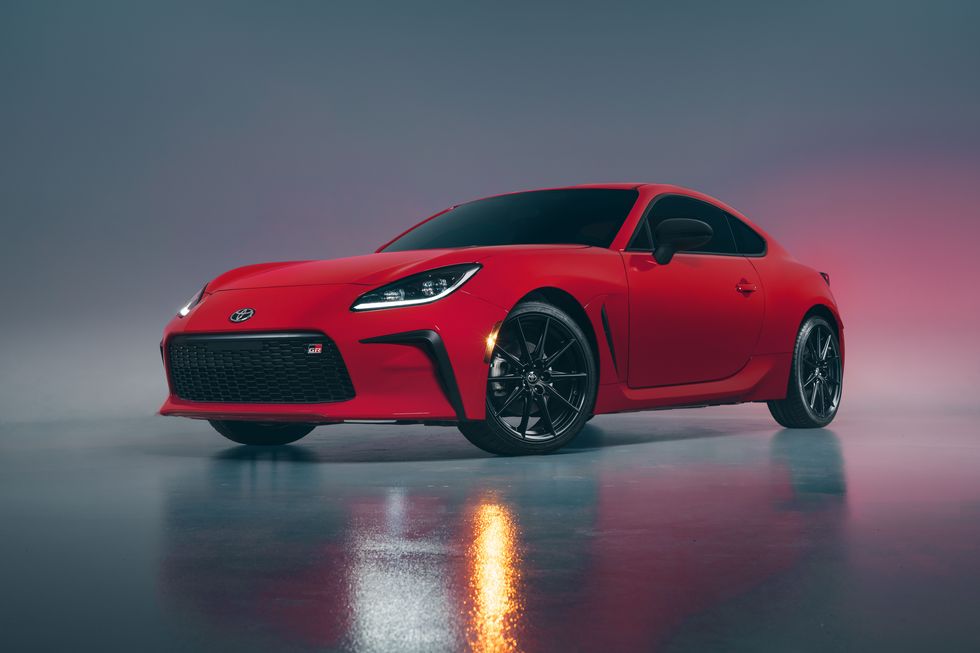 When the 86/Scion FR-S was introduced in 2012, Akio Toyoda’s aim was to re-capture the spirit of Toyota’s famed sports car from the 1980s and ‘90s. With a name in tribute to the mid-1980s AE86 known in Japan as the “hachi-roku” (meaning 8-6) and known in North America as the Toyota Corolla GT-S, the 86/FR-S was developed to give sportscar purists an affordable, agile, rear-drive sports coupe.

The new generation GR 86 takes cues from its “hachi-roku” forefather. Its low overall height and hip point give it an athletic look. The fender tops extend horizontally to the beltline and give it a stance distinctive of front-engine, rear-wheel-drive sportscars. Its low, horizontal underbody and narrowed rear cabin combine to create a launch-ready appearance. Colour choices include Track bRed, Trueno Blue, Neptune Blue, Halo White, Steel Grey, Pavement Grey, and Raven Black

With its wide stance and low centre of gravity, the 2+2 rear-wheel drive coupe’s handling changes come in the form of front and rear frame reinforcements that increase rigidity. Functional exterior air vents were also added to further support steering stability. Weight shaving details like aluminum roof panels and fenders also kept it at a nimble curb weight of just over 1,270 kg.

The 2.4L naturally aspirated, horizontally opposed four-cylinder boxer engine, brings the power upgrade – increasing from 205 to 228hp and from 156 to 184 lb.-ft. of torque on the manual version. The power boost come from tweaks like increased bore size, changes to the intake and exhaust systems, and optimization of the Toyota D-4S dual injection technology. Drivers will have the choice of a 6-speed manual (MT) or automatic transmission (AT). 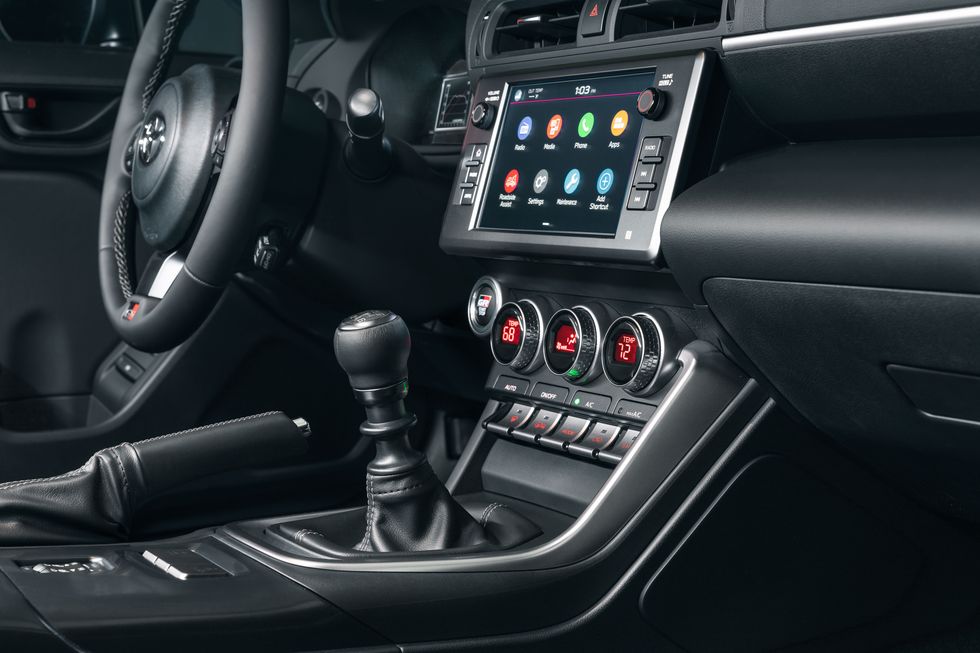 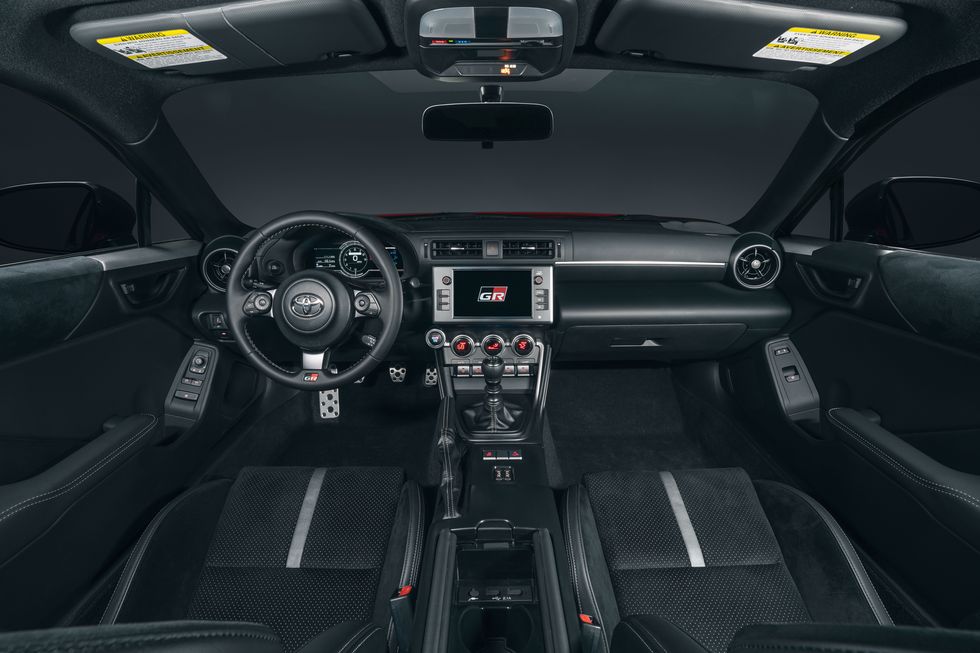 GR 86 features Toyota’s Smart Key System (on both doors) with Push Button Start and adds an alarm to the anti-theft system. It lights the night with Standard LED headlights and available adaptive front lighting on the Premium grade. 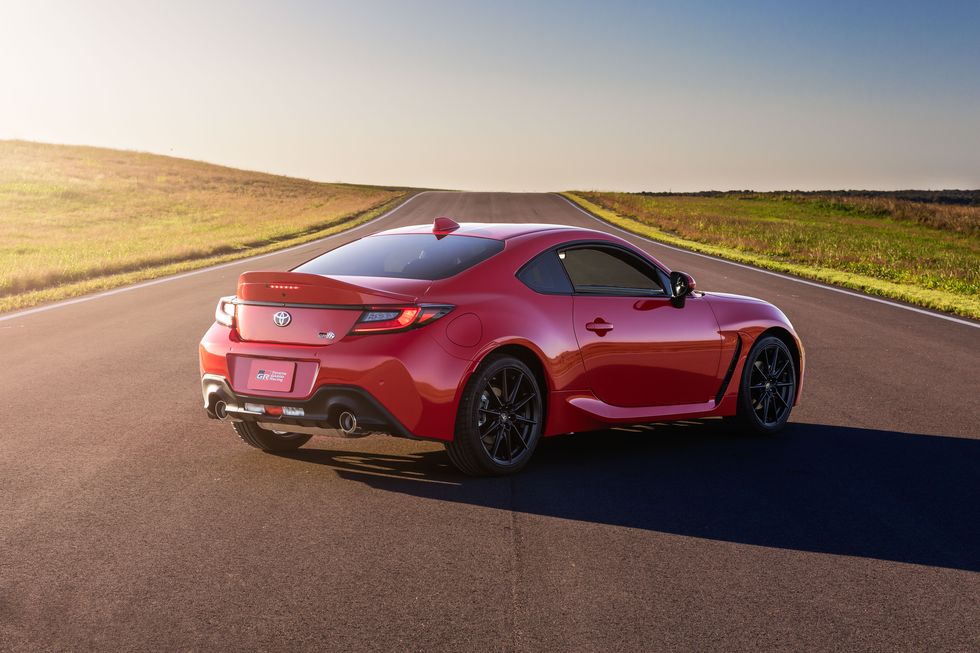